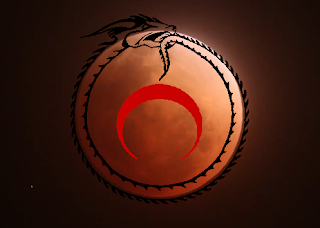 Three things have finally caused me to construct this blog (which will take some time that I could otherwise be spending writing more books, growing things, or otherwise increasing my ever-growing fan base.) Hereafter, this blog is to be considered the sole comprehensive site with links to my literary material- links posted offsite even on Amazon itself or other literary sites may very well involve third parties which were never authorized to sell my works.

First, I realized that overall demand for my literary materials- both things I myself have written as well as things I have edited which were out of copyright due to age (especially renaissance and enlightenment era grimoires) is higher than I expected (which is good) and growing over time (also a good thing, since I'm in this for the long haul.) I realized that while the occult is a popular topic that my somewhat apocalyptic works and blatant satire have also found their own niche audiences. I am appreciative towards everyone who has supported my work in whatever way they have done so, monetary or otherwise.

Second, I realized that unscrupulous sellers on Amazon and elsewhere have apparently grabbed some copies of my works and begun to sell them for exorbitant amounts- far higher than I myself listed them as. I refuse to allow some slimy web store which was never authorized to sell my material to compound the price, paying me nothing in return, without making it clear that I do not condone it; if a brick and mortar store wishes to sell copies of my work out of a physical store then I'm all for it, and I fully understand the manner of capitalism and the need for the physical work to thus be more expensive than my listing price. For the same store, however, to sell it on Amazon when my own works are there, fed into my own account, benefiting me and allowing me as the author or editor to control the cost, I feel a bit used. If you're paying twenty dollars for a copy of "After the Ashes" or "Morbid Stories" then you've been taken for a ride unless you bought a physical copy from a physical store that you went to in person.

Third and finally, this is yet another platform on which I can advertize my work; for those who have been long-time fans of my various material (video, music, writing, and so forth, sprinkled with an ever present dose of gallows humor) perhaps you'd appreciate a page upon which all such work is amalgamated for ease of use, since some people appear not to realize just how massive the scope of the work is. I am not an author only, but also an archivist of occult material, as well as an experimental "musician" (which I don't take too seriously) and I have seen interest in my content generally grow over time from a relatively small group of fans and supporters to a rather massive number of people connected with my workings, and those of others, such that it has finally come time to recognize that what started as a way to alleviate boredom on Youtube has become a sort of social calling.

I will continue my work in the extreme; in only a few short years all of this has come about, and I'm not going anywhere.

My editing skills on blogger are middling so it will take time to work out the proper format here, also.
Back to News
Use left/right arrows to navigate the slideshow or swipe left/right if using a mobile device