After the Ashes: Surviving the Coming Nuclear War 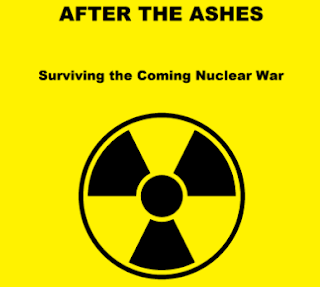 I've already written about this more recent work on other platforms, but I figured I should probably sum it up here as well if this is to be a dedicated literary site for my works.

In the past I've read somewhat apocalyptic material- most of it is prophetic and religious ("War's End" by Wing Anderson comes to mind) or else is dedicated more to survival skills in a general sense without a necessary focus on recovering after a cataclysm that could very well endanger man as a species.

With that in mind I wrote "Ashes" much for the same reason I wrote the still-forthcoming "Fruits of Eden" for occult herbalism- as a sort of measured fusion of material on general subjects that for some reason was never fully synthesized. In the former case, a synthesis of survival strategies and post-apocalyptic philosophy, in the latter case a synthesis of how-to and encyclopedic content with historical context. In both cases a work specifically fulfilling this niche was lacking or at most unknown to myself.

"Ashes" then goes beyond simply proposing ways for an individual to survive and goes on to elaborate on how man can survive collectively- it contains both aspects because both, I judged, were equally important. It leaves the reader to determine how serious the content should be considered and whether to pursue the (often explicit) mentions of other material of worth in such a cataclysm, such as Seton's work on woodcraft for its enormous amount of boy scout style content, or perhaps military guides or guides on basic medicine which might be of value. Instead of producing 500 pages of minutiae in the realm of survivalism (which has already been done and would thus be redundant) I instead focused mostly on philosophy and logically working through situations which may arise after a nuclear war has actually occurred.

I like to believe that the cover design also has a purpose- brightly colored and glossy so that it will not easily be lost amongst the ash and rubble after a nuclear situation has happened.

The tab to purchase this work (from its only central, official source) is on the side of this blog as with all others.
Back to News
Use left/right arrows to navigate the slideshow or swipe left/right if using a mobile device